It’s hard to believe, but it’s been almost half a century since A Better Answer started serving its customers. A lot has changed over the years, to say the least. In honor of this — and to celebrate our 45th anniversary this year — we thought we’d take a look back at what’s changed since 1971:

Then (1971): A Better Answer (known as Keystone Park Secretarial & Answering Service at the time) opens its doors, becoming one of the first female-owned and operated businesses in Texas.

Now (2016): In business for 45 years, A Better Answer continues to excel as a Certified Minority-Owned Business.

Then (1975): Starting out as a small business, ABA managers had to learn the ins and outs of the call center industry and develop great customer service strategies from scratch.

Then (1977): Star Wars: Episode IV is the top-grossing feature film released this year, earning $461 million at the domestic box office.

Now (2014-2016): A recipient of the 2014 eWomen Network Femtor Lifetime Achievement award, owner Dee Hawkins is a respected speaker, expert in the field and has given many seminars on all things related to call centers (training operations, customer service, running a business, etc.).

Then (1982): ABA is voted best answering service of the year by Dallas Magazine, the first of many awards and certifications.

Then (1985): Agents took messages by hand and kept track of who was on call, when to call and which clients could be reached. They even billed clients by physically weighing messages.

Now (2016): Agents answer live calls from all over the world and utilize the latest technology to compile custom reports for clients and deliver messages and other information by voicemail, fax or email.

There have been plenty of changes over the years, but one thing hasn’t: our commitment to delivering quality customized services that fit our clients´ needs. That’s why we’re the best in the business and proud to be your Call Handling Heroes®. 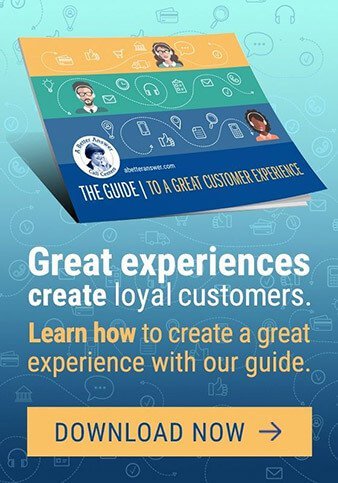